Today’s blog post was written by Liani Austin, an ASI practitioner in a school-based practice in Pretoria and mom to two beautiful children.

“I am stuck” he said in a voice filled with panic. He desperately shook his leg, which resulted in him losing his balance. As if in slow motion his arm shot out, but it took a few split seconds too long and he missed the edge of the ball pit. Instead, his arm flailed next to his body and he ended up on his side, slowly sliding down the ramp, like a blob of jelly sliding off a spoon. “I am fine!” he bravely announced and got back up, his gaze diverted. 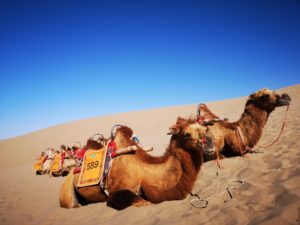 I had lost him. Instead of trying to climb back into the ball pit, which he was so excited for, he stepped up onto a low structure, held onto the suspended rope in front of him and proclaimed that he was going to swing down. Full of confidence. Just like a superhero. Except, and I could see it coming, he wasn’t going to be able to swing like a superhero. You see, his hands were too low down on the rope and he was standing too far back on the structure. I remained muted while holding my breath. He moved his trunk, initiating movement, and flung his podgy little body forwards in full force. He had failed. Again. Just like every other day. Over and over again.

This is Johnny and he has dyspraxia. He is unaware of it, his teachers definitely have no idea and neither do his concerned parents.

Johnny is a bright boy who desperately wants to play with his peers, but his body won’t keep up. As his friends run with speed, he is simply too slow. As they climb up high onto the jungle gym, he lacks their agility. By the time he has figured out how to navigate climbing up the side ladder, they are already down again. I guess you can call him a loner. At break time, he tends to play on his own. Quietly. Lonely. Invisible.

At home, Johnny prefers flopping down onto the couch and his parents are becoming increasingly concerned about his apparent addiction to television. You see, watching TV doesn’t demand much at all. His body and neurological system can take a break after his challenging day at school. Johnny once overheard his granny telling his grandpa that his parents baby him far too much. But here is a school-going boy who, if his parents don’t dress him, sometimes even feed him, would never be on time for school. They have to help him. There is no way that his brain and fingers would be able to tie his shoelaces. They can’t even button up his shirt correctly.

Johnny can sense his teacher’s growing frustration. She knows he can do better. She is the kindest teacher that he’s ever had and he so desperately wants to please her, but he simply can’t. He is stuck. Stuck with an awkward pencil grasp. Plus, it is really hard to figure out what teacher just said; which book to open on which page, what to write and where on the page.

How can you run and be free when you are stuck? Stuck in dyspraxia.

I am here to help set Johnny free.

I remember when I first met Johnny. Johnny with the kind eyes, and quiet soul. He entered my OT room, any kid’s dream, and walked right past all my toys and equipment which begged to be played with. He concentrated hard on navigating his way down the steps and over the mattresses without falling, and flopped his body down onto the chair. He made it! Relief. I carefully placed a blank sheet of paper between us and invited him to draw a picture of himself. Instead, he started talking. His hand didn’t reach for the pencil nearby. I ushered the pencil closer. His hand stayed on his lap. Absolutely no desire to draw. When there was no more escape from my clear demand, Johnny drew a picture. Fast, no detail. A barely-there, sad-looking stickman figure.

I invited him to play. His body stood frozen, but his face smiled. Friendly little chap, I thought to myself. I asked him if he was scared of swinging or whether he liked it while I took down my “easiest” swing and hooked it onto its lowest point. Johnny looked unsure. Keen, yet cautious. The swing was ready. Johnny’s eyes sparkled, but he did not move. I demonstrated how to get onto the swing and stood back up again. “You want to have a turn?” I asked him. He nodded and I said “Come here, let me help you.” Let. me. help. you. These few words held a magnitude of power and trust within them. This was the beginning of our magical journey together.

Fast forward a year later. Many intense OT sessions. The changes were ever so gradual. So gradual that neither myself nor his parents noted much change. Yet we persisted, held onto our faith and gave it our all. Johnny played hard and OT became the highlight of his week. Once a week he could feel what it felt like to succeed as I made sure to provide just-right challenges. I gave help only when absolutely needed to ensure safety, and sneakily placed obstacles in his way. He had to figure out how to climb over them, or get around them or over them, moving his whole body through space. Johnny always carried on where he had left off the previous session. I peppered his neurological system with intense sensory input which he was unable to process before. Something awoke in him. His light began to shine. He stood up a little taller, he started to smile a bit wider and he started moving about more.

Johnny became visible to his peers and joined them in their fantasy worlds. His parents breathed a sigh of relief as Johnny was too engrossed with play during his playdates to even think about TV. His teacher beamed with pride when she wrote the final comment on his school report. “Johnny has made very good progress and is eager to read…”

I reminisced about the ball pit and swing rope incidents as I watched him climbing up a barrel, carefully balancing on top of it, before making a somersault into the spandex swing. He manoeuvered his body and limbs accurately, and with ease, which propelled him upwards and over into the next layer of the swing, all the way down to the ground. Like a feather. Like a superhero! Johnny was set free. Johnny was unstuck. 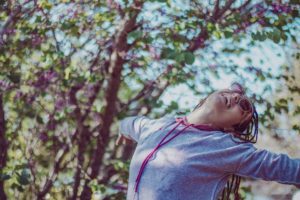 The joy of freedom and self-belief

So what exactly is dyspraxia?

In everyday conversation, we often refer to dyspraxia as a motor planning problem. That makes sense to the human ear as we link motor to skills and planning to cognition. But motor planning is in actual fact a subtype of praxis.

Praxis is like the umbrella term underneath which we get ideation; to form an idea or plan, then motor planning; where we figure out how we are going to move our body using our senses, and then the final part; execution. This is where we perform our actual plan. Some children may struggle with only one aspect of praxis. Some struggle with it all.

Dyspraxia takes on many forms and is often a complex concept to explain to parents. As Sensory Integration trained occupational therapists, we especially consider two types of dyspraxia when working with children. Somatodyspraxia and Visuodyspraxia. Other types of dyspraxia of course also exist such as Praxis on Verbal Command and Speech Apraxia.

In simple terms, somatodyspraxia, which Johnny had, involves the “somato” senses. Somato means body. Here the brain struggles to correctly interpret touch and proprioceptive sensations. The touch receptors within the skin itself are intact, but impulses traveling through the spinal tracts to the brain are somehow not being interpreted effectively while they travel into the medulla, through the thalamus and end up within the end destination of the brain, the somatosensory cortex.

Likewise, with proprioception. The joint structures and tendons may well be intact, but feedback sent and eventually reaching the somatosensory cortex in the brain area is not processed effectively.

The child with dyspraxia, according to Ayres, has less of a sense of his body and what it can do. “He doesn’t manipulate toys, can’t plan to play with them, and often is clumsy, accident-prone, and messy.” (Murray-Slutsky &Paris, 1953, p.22). This is such an accurate picture of our children who are referred to occupational therapy after which we discover, with the help of our Sensory Integration and Praxis Tests (SIPT), have somatodyspraxia.

When both the tactile and proprioceptive senses are affected, it leaves the child at risk for somatodyspraxia disorder. These are our everyday Johnnies who fight a hidden disability every single day, every single hour of their wakeful day. Hope lies in the hands of an OT applying sensory integration therapy. It is possible to get our Johnnies unstuck and let them fly!