Locked Down in Level 5 with a Sensory Seeker

This week’s post was written by mental health OT and SAISI board member, Tharina Annandale. 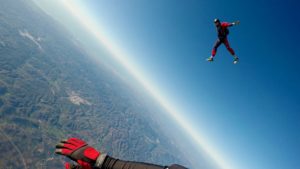 Let me introduce you to my nine-year-old boy. He loves rugby and any form of rough play. He speaks loudly, likes to listen to loud music and never stops “running”. I always say that he started “running” at nine months. Yes, he started walking at nine months and hasn’t stopped “running” since, (or so it seems to a sensory sensitive mother).

He is a sensory seeker and does sports every day of the week. If he could play rugby every Saturday, he would be “in heaven”!

During the COVID-19 lock down my nine-year-old became unbelievably rebellious. Doing homework with him was such a nightmare. According to him, he “couldn’t do Maths without his friends”. I realized that he got his energy from social interaction and found it very frustrating to be limited by other people. He kept on verbalizing how angry he was with the headmaster of his school and even the president of the country! He was getting more and more irrational every day. I started wondering whether he did not have an anxiety disorder.

During the middle of lock down I had reached my limit. Having a sensory sensitive system and being in the presence of a sensory seeker, that did not want to leave my side or even allow me to attend virtual meetings, started to get to me. I realized that I had to do something, whether it was pushing the legal boundaries or not. The thing is, he was not satisfied with any craft activities and even started neglecting his pets. Although we have a large yard, he verbalized that he “was in a prison”. It was time for desperate measures!

I contacted someone that gave one-to-one horse riding lessons and I contacted his rugby coach. They both agreed to help him with an hour session a week. After two weeks his behaviour started getting better and even his school work improved. His participation in homework, knowing that he would go horse riding on Wednesdays and would play rugby on a Friday afternoons, made a huge difference in his and my life.

The value of activity can never be underestimated. Taking someone out of a constant social environment twice a week contributes to their mental health. Even to the mental health of the sensory sensitive mother  the sensory seeking child!