What is Developmental Coordination Disorder (DCD)?

Developmental coordination disorder (DCD) is a neurodevelopmental condition characterised by motor coordination that is below the expectations for the child’s age.1Difficulties with motor coordination are not caused or explained by other causes such as a physical or intellectual impairment. DCD is formally recognised in the Diagnostic and Statistical Manual of Mental Disorders, Fifth Edition (DSM-5) and the World Health Organization (WHO).

Difficulties with motor coordination manifest in fine or gross motor problems that interfere significantly and persistently with functioning in everyday life, including learning age-appropriate self-care skills, functioning in school and ability to participate in age-appropriate play activities.1The disorder exists on its own, but can also co-occur with conditions like attention-deficit/hyperactivity disorder (ADHD). 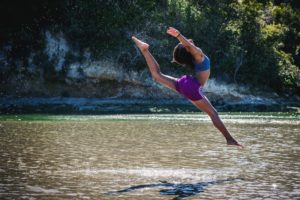 What is the difference between DCD and Dyspraxia?

The term dyspraxia is often used to describe motor incoordination in children. In some countries like the UK and Ireland, dyspraxia and DCD are used interchangeably.2While DCD is a defined condition with specific diagnostic criteria, there is no universal consensus on what constitutes dyspraxia and how to diagnose it. Therefore, the term DCD is preferred where a child complies with the diagnostic criteria for the condition.

What are the symptoms of DCD?

Children with DCD may present with:

How is DCD diagnosed?

Since DCD is a medical condition, it should only be formally diagnosed by, or in collaboration with, a medical practitioner (typically a paediatrician, neurodevelopmental paediatrician, paediatric neurologist). However, due to the nature of the symptoms of DCD, other team members such as educators, physiotherapists, occupational therapists or biokineticists may be more involved in the diagnostic pathway.3

Before a diagnosis of DCD is made, care should be taken to rule out other conditions that may result in motor incoordination. It is currently recommended that a formal diagnosis of DCD should only be made around the age of six years3; however, this does not mean that intervention for motor coordination difficulties should be left until that time. Since motor incoordination is often visible early in development, seeking appropriate intervention as soon as difficulties are noticed is important. The earlier intervention is provided, the better the prognosis of the child regardless of the presence or absence of a formal diagnosis.

DCD is a very heterogeneous condition, and the causes are believed to be diverse. There is research evidence that shows differences in the brain activation patterns of children with DCD compared typically developing peers, which provides at least some confirmation of the neurodevelopmental nature of the condition.3

How does DCD relate to sensory integration?

A recent study4 identified that an estimated 88% of children with DCD also have sensory processing differences. The field of sensory integration as pioneered by Jean Ayres, also known as “Ayres Sensory Integration®” (ASI®) has a wealth of knowledge demonstrating the influence of sensory processing difficulties on motor performance. Difficulties in sensory processing that lead to problems in motor performance or ‘praxis’ is termed “sensory-based dyspraxia”. The available evidence thus suggests a large possible overlap between DCD and sensory-based dyspraxia.

Should a child with DCD receive therapy based on Ayres Sensory Integration®?

[This blog post was written by Elize Janse van Rensburg, who shared 6 myths about autism and sensory integration last week. She gives acknowledgement to Annamarie van Jaarsveld for her contribution to some of the content of this blog post.]