The Show Must Go On

“The Show Must Go On” is a popular phrase we are all familiar with. The well-known hit song by Queen, “The show must go on”(1991) has a catchy melody, but when we listen closely to the lyrics, it is tainted with anguish and suffering.The phrase was first coined by a circus back in the late 1800’s. Although there is no record of which circus used it first, the phrase caught on and was used by other circuses. It was used by the ringmaster when there was an incident, such as an animal getting loose. It was an effort to keep patrons calm and reassured. “The show must go on“ was printed in the Evansville (IL) Daily Journal on September 12, 1866 and in The Morning Republican (Scranton, PA) on December 13, 1875. In the 1900’s, the term spread to all of show business as a catch phrase meaning keep the show going regardless of what interferes. The expression soon applied to any kind of “show,” even a political show. (Quora.com) “The show must go on” became a proverbial phrase widely used in quotes and in various contexts since the 1800’s, and is still current today in the 21st century.

My circus, my monkeys, my responsibility 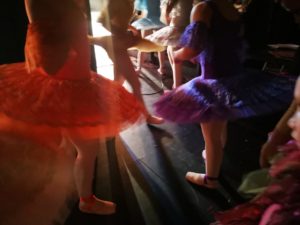 I was assisting backstage at my 7-year old daughter’s ballet show, when I felt the reality of the cost for the “show to go on”. The cost in this context does not refer to the sacrifices in terms of time or money, but the sensory and emotional strain on children and their parents, the impact on relationships and family life, and even the way how (we think) other people perceive us, can influence our decisions and behaviour.

As I sat there watching the hungry, thirsty, tired, excited ballerinas, bouncing in the heat backstage with flashing lights and loud music, waiting for over two hours before it was their turn to go on, the penny dropped. It was a sensory disaster, and we chose to take part in this show. Proverbially speaking, this was my circus, and I was responsible for these little monkeys. Life can be a bit like a theater performance sometimes, and the things we have to handle and cope with “backstage” so that the “show can go on”, can be debilitating and exhausting. I had to ask myself, are all the hours of preparation and emotional turmoil really worth the few minutes on stage?

The sensory struggle is real 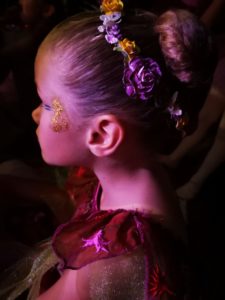 Weeks before the show the schedule was finalised, amidst the end-of-year rush, with extra rehearsals on Saturdays. In the week of the show building up to the weekend, there were two additional compulsory dress rehearsals at the theater in the city center. Then the highlight of the year’s hard work: three scheduled theater performances, one on Friday evening, and two on Saturday, with a photo shoot in between. This implied that the ballerinas had to be fully dressed in their costumes for all the performances, with perfect hair and make-up. As a mother, I felt frustrated as my daughter so desperately wanted to dress-up and take part in the show, but at the same time it was a complete sensory nightmare and our relationship was suffering. Routines and habits were disrupted, and we just survived from moment to moment with less than optimal sleep and food. At times I felt a bit helpless as I could see how everything escalated, but did not know how to do it differently. We were late for the 10h30 rehearsals as the tears, anticipation and resistance already started when she woke up at 6h00. I was not allowed to open the curtains, the elastic of the skirt was too tight, the leotard pinched her skin, the strings in the ballet shoes could not be tucked away properly, the soles of the shoes were too dirty, the tights were too itchy, the hair bun was too big/small, the colour of the elastic was not right, the hair clips were pokey, the hair products smelled bad, she wanted to do her own make-up as I was not doing it right, breakfast was not right, and she did not need the toilet (which implied undressing and dressing when we arrived at the rehearsals, already late). Needless to say, this was a challenging and exhausting time, and yet, regardless of the struggles, we managed to find a way to pitch for the rehearsals, even if it meant arriving a few minutes late without tights and a perfect hair bun. She persevered and learnt that if she wanted to take part in the show (which she insisted she did), she had to deal with the demands that go with it.

As I was sitting in the end-of the month, black Friday city-center traffic on the way to the first performance at the theater, the words of Dr Ayres dawned on me “when the flow of sensation is disorganised, life can be like a rush-hour traffic jam”.1,2 I felt relieved that there were words and an explanation for what we were experiencing and a weight lifted off my shoulders as I understood better, and knew there was something we could do to cope better. This is probably what was happening to some degree in the brain stem of every ballerina and parent: a complete sensory overload resulting in frustration and various survival mode behaviours.3 As an OT trained in sensory integration, it took a while for my brain to kick into gear as I (an adult and parent) was also trying to cope with my own sensory issues like the loud music, the heat, dealing with my daughter’s emotions, as well as my own, and making sure everything was packed and ready so she can show up, despite the traffic. 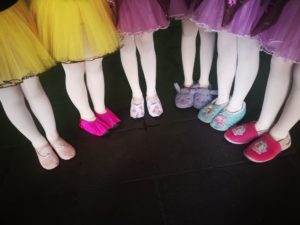 As with life, the show had to “go on”, despite all the difficulties and challenges. However, the one thing that could not be ignored, punished, bribed or avoided, was that the sensory issues and struggles were real. VERY REAL. And if they were not acknowledged and dealt with at the right time and in the right way, became worse and we got stuck in the proverbial sensory traffic jam, and ended up in tears and smudged make-up.

The difference with life is, even though we have a choice, some things are compulsory, like we have to eat, get dressed, get enough sleep, and hopefully enjoy the activities we choose to participate in. Some of those things we can control e.g. what we eat, what we we wear, what time we go to bed and what we choose to participate in. On the other hand, some things we have to handle as they come e.g. the unpredictable responses of others, unexpected changes in our plans, and the “volume and intensity” of life.

Keeping the context in mind

In life, the “show” can be anything from keeping it together at school during the day (especially assessments), or with friends at a birthday party, a school prize giving evening, year-end party, or simply just dealing with the sensory and praxis demands of simple every-day things.It also happened that my daughter’s class was being renovated two weeks before the holiday, and they had to be divided into the other classes with children they may or may not know. In hindsight, of course, I could recognise that all of the above happened to my daughter in the weeks before the show, contributing to the after-school and Saturday morning meltdowns.

Strategies for coping and conquering “backstage”

We all have different coping mechanisms, and should have compassion and empathy for everyone’s perspective and experience. We have to familiarise ourselves with the challenges that go with the rules and expectations of the show or game e.g. dress code, make-up, and try to identify “backstage” coping mechanisms that are crucial for keeping things together e.g. getting enough sleep, taking sensory breaks (time away or out of the situation), healthy snacks (chewy and crunchy), taking those itchy stockings off, and letting their hair down (literally and figuratively speaking) to allow for recovery time between the shows in order to go on. The insight and sensory strategies were not nice to haves, they were critical for our survival during a challenging event. We are so often not aware of the blood, sweat and tears behind the scenes for someone to just keep things together in ordinary everyday events. In the end, what matters is that we did not sacrifice our relationships for the sake of the “show to go on”, but that we supported and encouraged each other, and experienced joy and satisfaction in what we accomplished together, with a bit of help of friends and family. 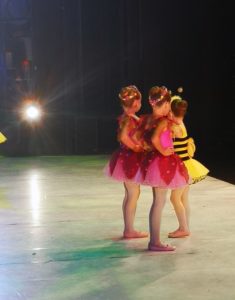 For my daughter, the victory dance at the finale and the smile at the end when the curtains went down, was priceless. She did it, and she loved it, which made it all worthwhile. She did not only take part in the show with a smile on her face, she also endured all the backstage challenges and conquered many unseen backstage mountains that were not part of the show. That in itself, was a victory. We can learn from our children that it is not just about the show that “must go on”, it is about accomplishing something, despite the challenges, and feeling good about it afterwards. 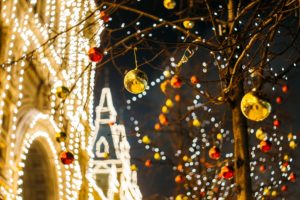 Everyone is looking forward to a much-needed break. Now it is our responsibility to find a balance between the things we do for fun so that we can also relax during the holidays, and not a need a holiday to recover from the holiday. We have to give ourselves permission to slow down, rest, ask for help and let our hair down when we need to. We have to implement strategies so everyone can be OK during the holidays and Christmas season such as anticipating meltdowns and be prepared, whether it is for a long drive, long rainy days, hot and windy days on the beach, noisy restaurants, dinner parties, or festivities at busy public places. We have to be sensitive to and have compassion for our children’s sensory needs, as well as our spouses’ and our own, especially in a time when our habits and routines are disrupted. Let’s respect each other’s experiences, that it is REAL to them, choose our activities and company so that we can be energised at the beginning of the new year, that the “show can go on” without too many sacrifices and that we can enjoy the time together. Happy holidays everyone!

Thank you to Stefanie Kruger for her beautiful metaphor shared in this post.  Stefanie is an OT trained in Ayres Sensory Integration, SAISI Board Member and lecturer on the SASIC courses.