With awareness of autism and appreciation of neurodiversity increasing globally, therapeutic approaches to help autistic children with those areas in which they experience participation challenges are under scrutiny now more than ever. This blog explores six myths about sensory integration and autism to create a greater understanding of the contribution that this field can make to enhance meaningful participation in daily life activities for autistic children. 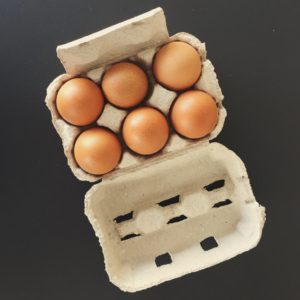 As human beings we have, in fact, many more senses! While the five senses of sight, smell, taste, touch and hearing are the most well-known, some of the other senses include our sense of body position (also called proprioception), or sense of movement and gravity (also called the vestibular sense) and interoception (our awareness of internal body sensations such as being hungry, needing to go to the toilet, etc.). Depending on how we count them, neuroscientists have identified more than twenty senses perceivable by the human body1. Ironically, it is often in the ‘lesser known’ senses that autistic people experience the most diversity.

Jean Ayres defined praxis as “the basis for dealing with the physical environment in an adaptive way … dressing, eating with utensils, playing, writing, building, driving an automobile, changing the physical environment to meet a purposeful goal, and making a living”2(p. 44). Numerous studies, conducted over decades, have demonstrated the intricate link between sensory processing and praxis, and thus the ability to use sensory information in a meaningful way to interact with the environment.3

In the current diagnostic criteria for autism4, sensory processing challenges in the form of hyper- or hypo responsivity is acknowledged; however, research5,6 has demonstrated that autistic people often experience difficulties in sensory discrimination and praxis that have as pervasive an influence on their participation in daily life activities as sensory hyper- and hypo responsivity. The prevalence of sensory processing differences among autistic children is estimated between 45% and 96%.7

May I repeat…MYTH. While the mentioned interventions can be regarded as examples of sensory-based intervention they are NOT sensory integration therapy, nor Ayres Sensory Integration® as it has been trademarked to avoid confusion. Sadly, many studies performed on the effectiveness of so-called ‘sensory integration therapy’ for autistic children was conducted on interventions that did not adhere to the principles of Ayres Sensory Integration®. In response to these challenges, a fidelity measure was developed to measure the extent to which an intervention adheres to the core principles of ASI®. Making sure that interventions labelled as ‘sensory integration’ adhere to the ASI® Fidelity Measure8 is thus crucial for both researchers wishing to study the effectiveness of ASI® and for parents who seek to make informed decisions about appropriate therapeutic approaches to help their autistic child. For more information, visit our blog.

There are so many things wrong with this statement, but let me focus on the case in point. Ayres Sensory Integration® is NOT a behavioural intervention. That is, the intent of sensory integration is NOT to modify behaviour, or to ‘reduce autistic behaviours’ so to speak.

What is the purpose of Ayres Sensory Integration® then? ASI® aims to promote participation in daily life activities (called ‘occupations’ by occupational therapists) where participation challenges are thought to be linked to sensory processing difficulties.

Let me use an example to illustrate the difference:

Behavioural perspective: Jason is a five-year-old autistic boy. He has a lot of autistic behaviours that interferes with his functioning at school. During break times he mostly flaps his arms, rocks back and forth, and makes noises. A behavioural approach to Jason would be to find ways to reduce these ‘unwanted behaviours’ such as discouraging flapping, rocking and making noises through positive or negative reinforcement. The focus is on reducing the behaviour.

Sensory integrative perspective: Jason is a five-year old autistic boy. He does not participate in play activities at school spontaneously. He is over-responsive (sensitive) in his movement (vestibular), hearing (auditory) and touch (tactile) senses and struggles with praxis. As a result, he avoids most of the playground equipment at his preschool. He also finds being between the other children overwhelming, because break time is typically very noisy. Therefore, he tends to isolate himself during break time, and uses strategies such as flapping, rocking and making noises to try to calm his overwhelmed sensory systems and reduce his anxiety. A sensory integrative approach to Jason would be to help Jason with processing of movement, hearing and touch senses so that he would feel more comfortable to participate in play activities at school. If his system was less overwhelmed by the sensory input, he would be more likely to explore with playground equipment and participate in play alongside his  peers. By promoting praxis and encouraging play skills together with improving his sensory processing abilities, ASI® will positively influence his ability to participate in meaningful occupations such as play.

Indeed, this is a myth that you may encounter frequently when perusing the literature on sensory integration and autism. Even an official (luckily by now outdated) policy statement by the American Academy of Pediatrics9 declared that “…Pediatricians should recognize and communicate with families about the limited data on the use of sensory-based therapies for childhood developmental and behavioral problems.” The majority of the criticism against sensory integration in the policy statement was derived from a study10 titled “Comparison of Behavioural Intervention and Sensory-Integration Therapy in the Treatment of Challenging Behaviour”. In light of MYTH #4 above, I shall just leave this here. Or in addition, point out that the sample size of the study was four participants. Four.

The criticism of “no evidence base” unfortunately does not stop with an outdated policy statement. In a 2019 review article11, ‘sensory integration’ was classified as a “red – don’t do it” intervention for autistic children, on the grounds of no evidence supporting its effectiveness. However, despite the bold assertion, the review did not consider adherence to the core principles of ASI® (‘fidelity’), nor did it include a number of high-level, recent studies which did consider fidelity and demonstrated highly favourable outcomes.

Among many other studies that investigated the effectiveness of ASI® in children with autism, two randomized controlled trials6,7 (the highest level of experimental research), studying 69 children in total, demonstrated that “the evidence is strong that ASI intervention demonstrates positive outcomes for improving individually generated goals of functioning and participation as measured by Goal Attainment Scaling for children with autism.”14

Sensory integration IS NOT a one-size fits all approach, a quick fix, a universal solution or a behavioural intervention. It does not claim, neither does it intend, to be the best or the only solution to challenges that arise with the neurodiversity associated with autism.

BUT IT IS an evidence-based intervention to address participation challenges that result from sensory processing difficulties in autistic children. It IS an approach that puts the child first. It IS – it must be – enjoyable and fun, and tailored to the unique and individual needs of the child. If it is not, it is not ASI®.

[This article was submitted by Elize Janse van Rensburg, private practitioner, part-time lecturer at the University of the Free State and she is currently serving as vice chairperson for SAISI.]