Today’s blog post is written by Karen Powell, who is in private practice, is a member of the SAISI Board and has a special interest in the decline of the child’s occupation of play.

I think we all have come to a realisation that screen time is bad for us, and our kids.  Some people take it more seriously than others.  When we are confronted with yet another debate about screen time and device use, be it in our practices or the parking lot, it helps to have some facts to back up the claims.  This photo was taken recently in a popular retail shop in the Boys 2-8 years old section and is an indictment on our society: 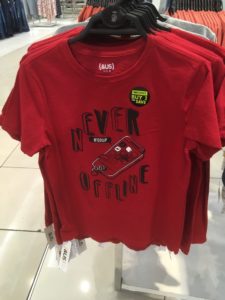 The average child will see over 20 000 adverts on TV each year. Children between the ages of 6 and 17 spend about five hours a day in front of the TV or computer and only 15 minutes reading books. In Britain today, children by the age of 10 years have regular access to an average of five different screens at home. In addition to the main family television, for example, many very young children have their own bedroom TV along with portable handheld computer game consoles (e.g. Nintendo, Playstation, Xbox), smartphone with games, internet and video, a family computer and a laptop and/or a tablet computer (eg, iPad). Children routinely engage in two or more forms of screen viewing at the same time, such as TV and laptop. Viewing is starting earlier in life. Nearly one in three American infants has a TV in their bedroom, and almost half of all infants watch TV or DVDs for nearly 2 hours/day. 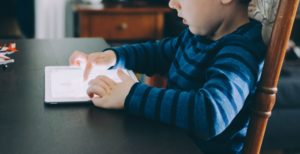 Yet, irrespective of the content or educational value of what is being viewed, the sheer amount of average daily screen time (ST) during discretionary hours after school is increasingly being considered an independent risk factor for disease.

So what is the risk? 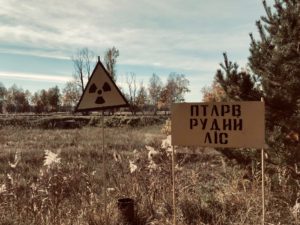 Blue light, emitted from our devices, affects both our retinas and our sleep patterns.   Blue light is not necessarily even blue, as chemical compounds are added to make the light on our screens appear white, and therefore less strange to us. Blue light causes the cells of the retina to produce melanopsin, which suppresses the release of melatonin, a hormone which times your circadian rhythms – and affects when we feel awake and when we want to sleep.  Watching screens disrupts the release of melatonin, preventing us from feeling sleepy and tricking our brain into thinking it is day time. Disturbed biological rhythms have long term effects for children and adults, who not only struggle to fall asleep but also have poorer quality of sleep.

Blue light has also been found to damage the photoreceptors of the retina.  These cells do not regenerate, and thus increased exposure to screens accelerates the degeneration of the macular, which controls visual acuity, and results in poor eyesight. 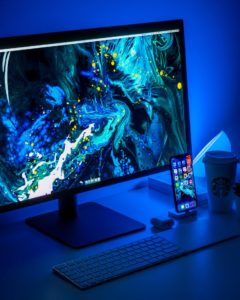 Research has found that children aged 4-7 are spending less time playing in the real and three-dimensional world, with less time exercising their gross and fine motor skills. This is  resulting in poorer hand function, in-hand manipulation, visual-motor integration skills and sensory processing skills.  One therapist described it as a decrease in three-dimensional hand skills (grips, arches and manipulation) while two-dimensional (flat) hand skills are exercised by interaction with screens (e.g. swiping, scrolling). The time spent on devices does not allow for the repetition required for the fine motor skills to develop before children enter Grade 1.

Not only hand function is poorer.  Therapists are finding that children with excessive screen use have decreased sensory processing skills, as they spend less time in the preschool years stimulating all the senses, and while the visual system is often overwhelmed and tired, children present with under-developed and poorly integrated vestibular (movement), tactile (touch) and proprioceptive (deep pressure, tension) systems. 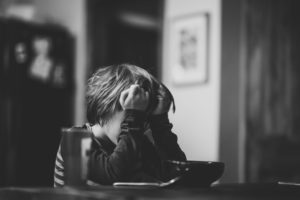 As most screen time takes place in a sedentary manner, it has led to an increase in obesity in school-going children. Research has found that children and teens consume more junk food when watching television and consume more caffeine. If eating takes place in front of television, tastes aren’t noticed as well as satiety and we eat more than necessary. 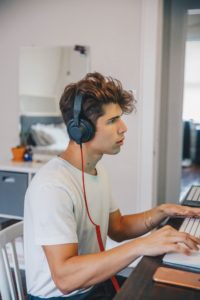 When discussing screen time, we need to be aware not only of the effect of the screen on our physical bodies, but also the effect on our interaction and attunement.  Attunement is a term used to describe the phenomenon that occurs when mothers and infants appear to be coordinated behaviorally and/or are concordant physiologically during early interactions. This phenomenon was observed by Dr Edward Tronick in the Still Face experiment (watch it here), and is now being replicated with mothers looking at their phones instead of paying attention to the needs and communication efforts of their babies.

An old article in The Signal (WA-IMH), describes how babies attribute meaning and value to items that fulfil a need i.e. a cup only holds value for them when it contains milk.  When it is empty they toss it away.  In the same way, when a parent/caregiver does not respond to a baby’s repeated requests for interaction, they are taught that the relationship holds little value.  This is tragic and holds dire consequences for the parent-child bonding and future relationship. 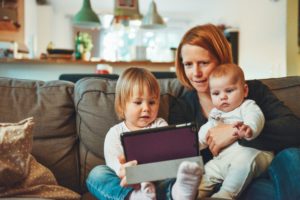 I think many are aware of the negative effects social media can have on our mental health, whether it be by “compare-and-despair”, inappropriate comments by trolls or a misinterpretation of real life.  Problems that need to be considered include peer pressure, secrecy, decoy apps, live streaming, addiction to “hits” and “likes”, and unrealistic mirrors, not to mention increased anxiety and suicide rates. Our teenagers are particularly vulnerable to the dangers of the internet, interacting with strangers and sharing of videos.  Cyber-bullying is a real threat and parents of teens have a responsible to seek counsel and advice on how to journey with their children through this quagmire. 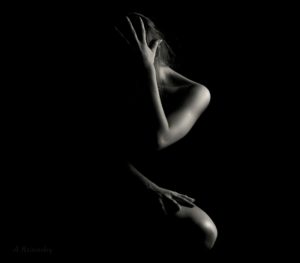 As can be seen, screen time affects not just our eyes, but our minds, our physical posture and weight, our mental health and our relationships – with our spouses, children and friends.  We have to be so careful to be mindful of the amount of intrusion we allow it in our everyday lives.

Next time we will discuss practical tips for reducing screen time addiction – from adults to babies.  In the meantime, empower yourself your clients and family with facts.  An extensive reference list of the articles referred to in this blog is given below.